It was good to hear of the renewed interest in the Bradfield Scheme, or a revised version of recent. For those that may be unaware the Scheme proposed back in the 1930’s promotes the taking of water from northern rivers, such as the Herbert River, southwards through Central Queensland and possibly beyond.

The benefit to Hinchinbrook is flood mitigation, given the intent of the Scheme to take high flow flood waters. No specific design plans as to how this will be achieved have yet been released.
However, I would like to see the State Government tidy up our own backyard. The State Government is yet to finalise the Wet Tropics Resource Operations Plan. Without this plan being finalised and adopted, new water extraction permits for agricultural irrigation cannot be processed throughout the Lower Herbert Ground Water Management Area.

There are a number of landholders keen to look at supplementary irrigation capability to enable investment into alternate crops and we need the plan finalised soon.

Finalisation of the plan will also enable a water trading regime to be established, meaning that landholders with existing allocations that they do not use, can lease, sell, or seasonally assign the allocated water to a landholder who has no licence.

Council has been assured that the plan will be finalised this calendar year.

Thank you to the ladies from St Patricks Parish Women’s Group for their generous donation to the Mayor’s Christmas Appeal. I am sure that this contribution will go a long way towards brightening Christmas for members of our community who are suffering hardship this year.

The Mayor’s Christmas Appeal will remain open until 5.00pm Wednesday 11 December 2019 if you wish to make a donation. 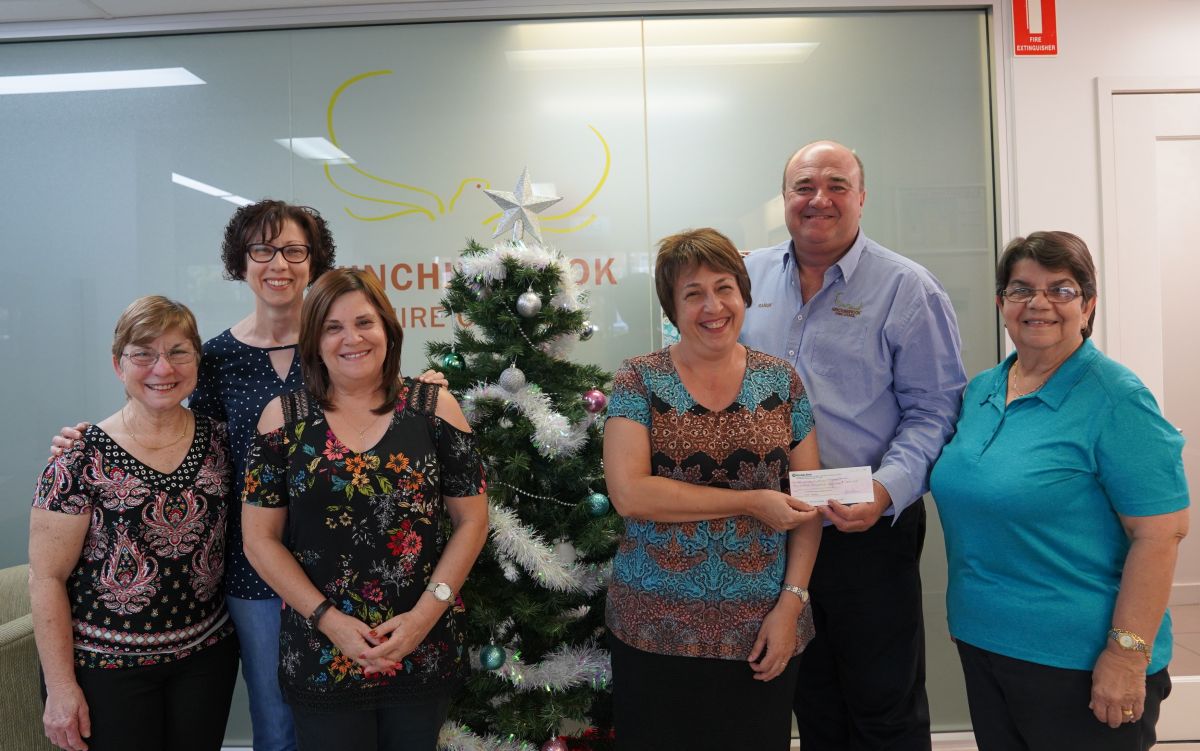 The State Government Review of whether it should withdraw from provision of 1080 poison to Local Governments to assist in the battle against wild pig and dogs, should be called out for what it is – a cost shift to the ratepayer.

It has been a long standing arrangement for State Government to supply Local Government 1080 free of charge as part of its obligations towards pest control. Local Government would then provide the poison injection / rolling service to the meat or bait provided by landholders. Everyone contributed to the fight against these pests.

By calling for a review, the State Government has signalled its intent to withdraw from the services, meaning that Local Government will now need to pay for the poison. $90 per litre may not sound like much, but it does add up and is an extra cost to be absorbed by the ratepayer.

Of concern is also the fact that wild pig numbers in Australia are climbing and damage being sustained by farmers, to both land and produce, is increasing. Given the extent of National Park and other State controlled havens that exist in our Shire, more cooperation and assistance, rather than the withdrawal of services is warranted.

Council has submitted its objections to the withdrawal on behalf of its landholders.

On Monday 11 November at 11.00am Remembrance Day services were conducted. Remembrance Day is an important opportunity to remember and acknowledge the sacrifices made by all those who have served in wars and armed conflict.

Thank you to all those who attended and showed their respect and gratitude at Remembrance Day events across the district. 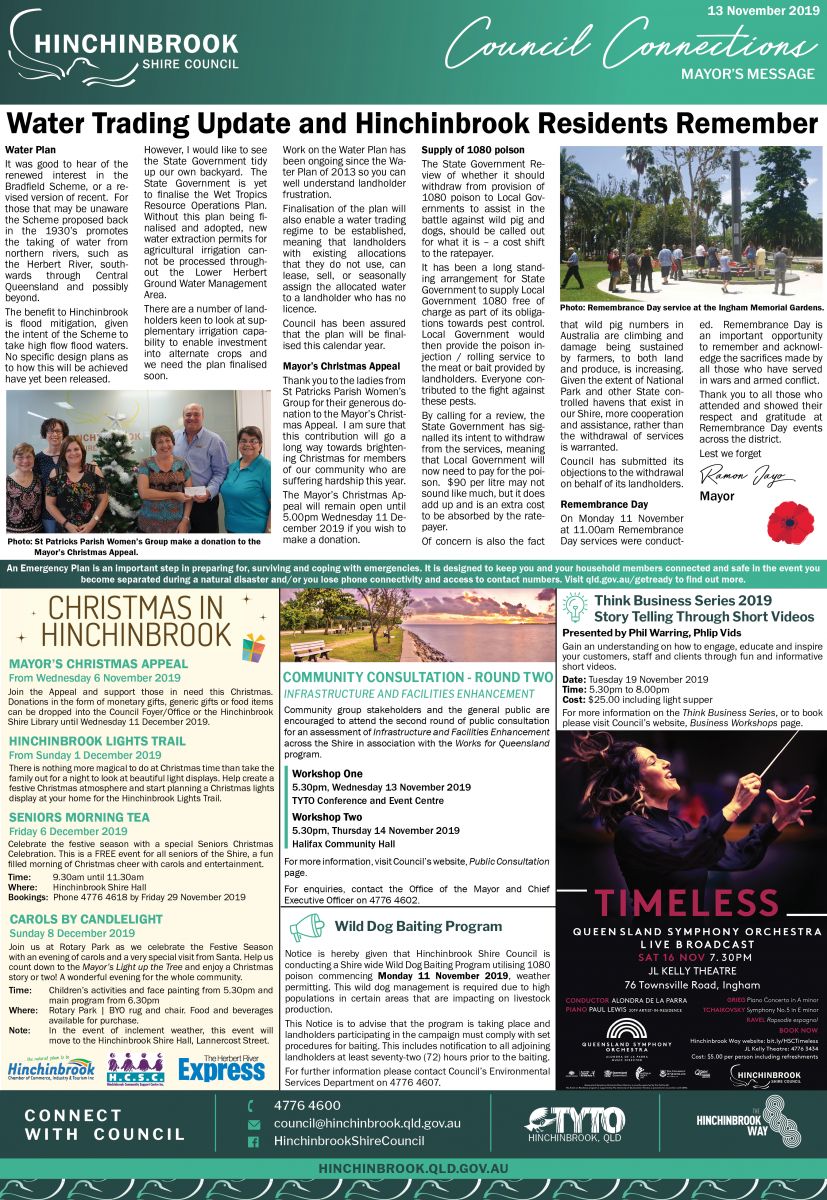