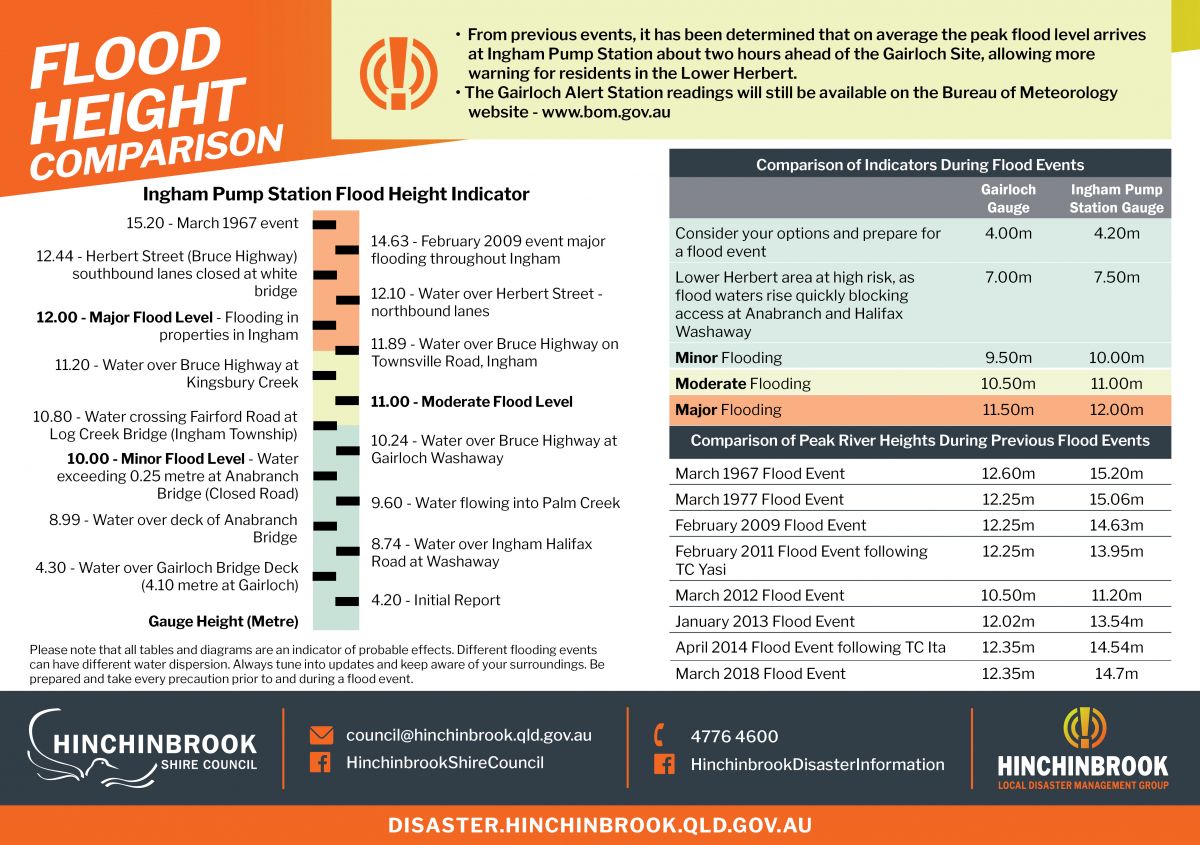 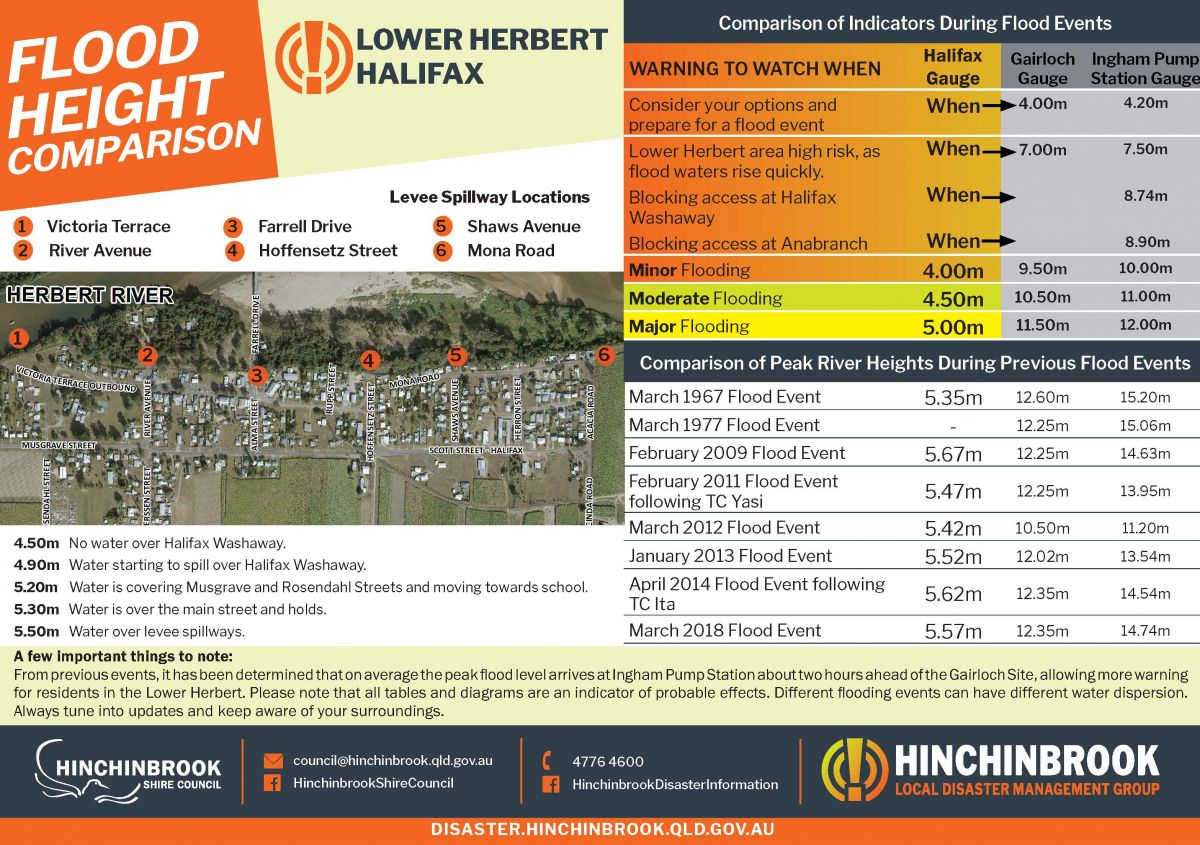 The Hinchinbrook Shire Council and the Bureau of Meteorology maintain a comprehensive network of rainfall and river height stations throughout the catchment of the Herbert River.

A number of manual and semi-automatic stations enhance transmission of this information. Flood predictions and warnings are made in both general and specific terms. The automatic sites transmit data by radio to a Council computer in Ingham on a regular basis. Manual readers at a number of key locations also provide visual river height readings for confirmation of the electronic data. All river heights are measured from riverbed level.

The Flood Height Comparison lists significant heights at Ingham Pump Station and their probable effects around Ingham and downstream.

Hinchinbrook Shire Council has also developed flood height comparison information which is specific to the Lower Herbert Community to enable residents to be better prepared in the event of flooding.

The information acts as a guide to prompt consideration of preparation and options for residents when flood levels are reached.

In 2003 WBM Oceanics Australia (Now BMT WBM) completed the Herbert River Flood Study for the Herbert River Improvement Trust.  A deliverable of this study was the production of flood level, depth and hazard mapping, which was subsequently incorporated into Hinchinbrook Shire Council’s planning scheme. However, since the completion of the there have been changes on the floodplain that have affected flooding and additional more accurate data has become available. In December 2015, BMT WBM in association with Venant Solutions Pty Ltd undertook an update to Council’s Flood Model.  As a result of this update, Hinchinbrook Shire Council has developed a series of flood depth maps for the following flood events:

These flood depth maps have been developed around the township areas in the Hinchinbrook Community.  The maps provide an indication the expected peak flood depth during each flood event listed above.  The depth mapping is indicative only and is developed using the updated 2015 flood model.