The Hinchinbrook Storm Surge Study has been carried out under the Natural Disaster Risk Management Studies Program administered in Queensland by the Department of Emergency Services.

The Storm Surge Study aimed to:

To view the recommended Minimum Floor Levels to provide 100 Year Ari Storm Tide Immunity For Future Developments for each beach, click on the relevant link below.

The Hinchinbrook Shire Council Evacuation Guide is used to inform residents on predicted storm tide flooding associated with a tropical cyclone and to identify areas that may require evacuation. For more information please visit our Storm Tide Evacuation Plan page. 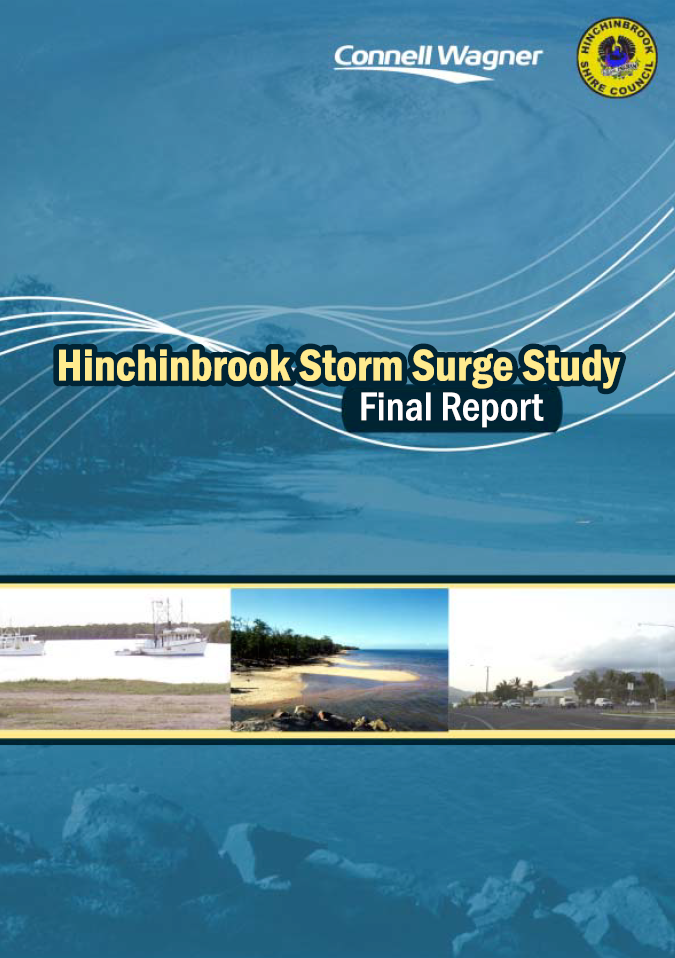 The Report needs to be read in conjunction with the List of Illustrations and Figures and Appendices listed below.