The following prizes are awarded to the Winners and Runners up in each category.

Basis of Selection of the North Queensland Sportstar Award Winners

Nominations were considered by a panel appointed by the North Queensland Sports Foundation (NQSF) which determines the winners and runners up.

Nominees could not be an employee within the sport they are being nominated for, nominees must be a volunteer. Any remuneration must be disclosed on the nomination form.

A nominee is a resident of a town/city/shire if they consider the town/city or shire their primary place of residence. For example, several nominees are required to train and compete for extended periods internationally to compete at the level they have attained; however, they return to their permanent residence within their host local authority when in the NQSF region. Membership of local sports club or association assists proof of residency. North Queensland born Golf Star Karrie Webb is an example of a person who could not be nominated because she resides full time in another country.

Council would like to congratulate Track and Field Athlete, Lachlan Buckman on winning the 2021 North Queensland Junior Sportstar of the Year. 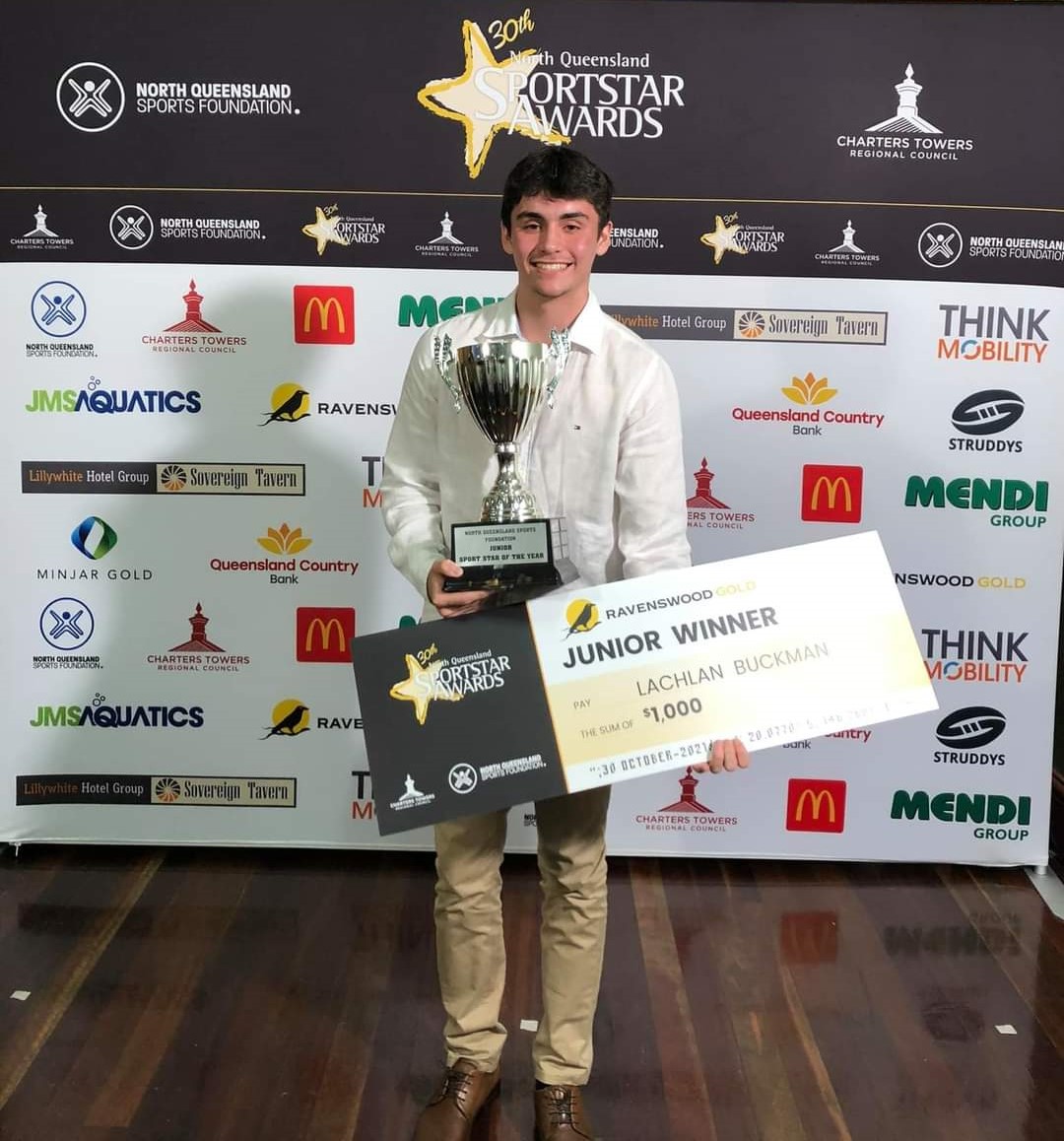