Living in a cyclone prone region triggers the need for a high level of awareness in our community. The main threats from Tropical Cyclones come specifically from storm surge, high winds and torrential rain. Make sure you watch the video below for important information on Storm Surges and Storm Tides.

The difference between a Storm Surge and a Storm Tide

A Storm Surge is a rise above the normal ocean level as a result of onshore winds and/or reduced atmospheric pressure. Storm Surges accompany a tropical cyclone as it comes ashore. They may also be formed by intense low-pressure systems in non-tropical areas.

A Storm Tide is the combination of Storm Surge and normal (astronomical) tide. The most vulnerable time a storm surge can arrive is on top of a high tide, which can inundate areas which could otherwise be safe.

The Evacuation Guide below is used to inform residents of predicted storm tide flooding associated with a tropical cyclone and to identify areas that may require evacuation. 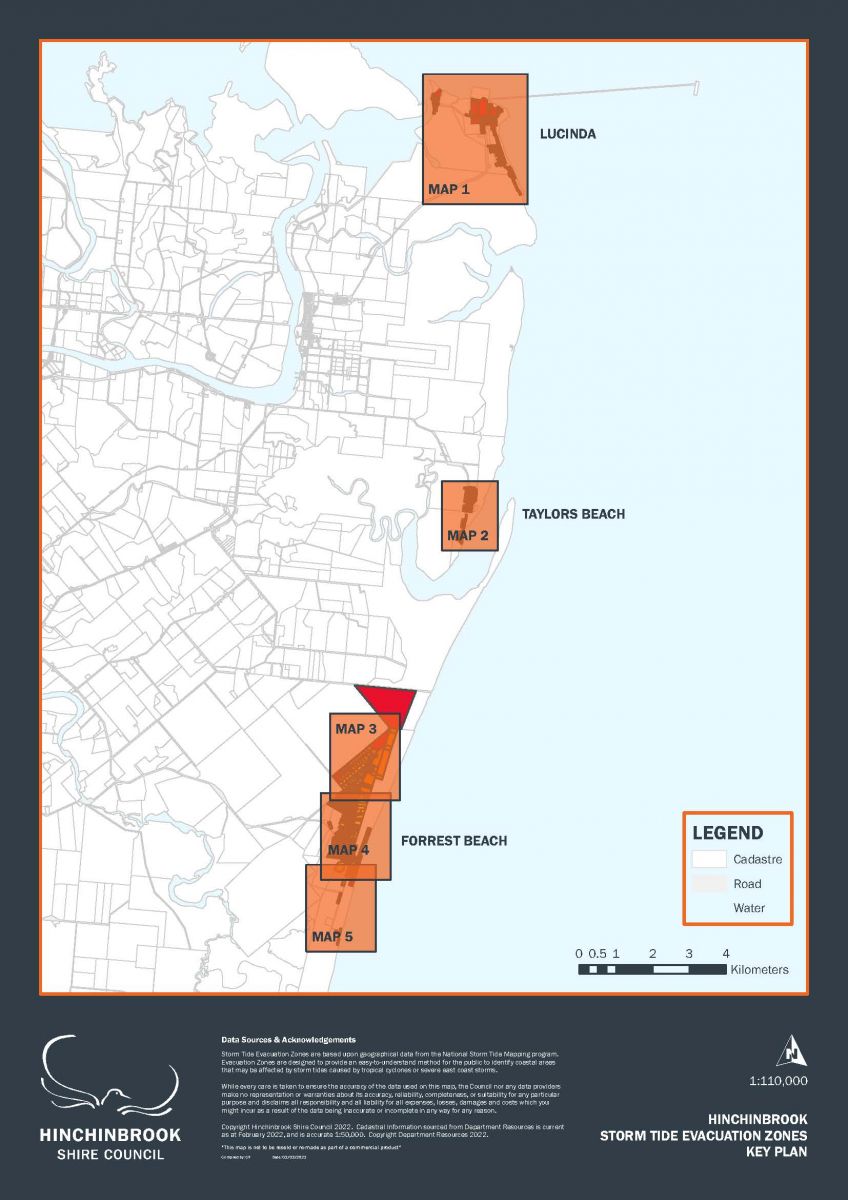