I recently took part in the northern Mayor’s delegation to Canberra over the period Monday 29 July to Wednesday 31 July 2019.
The aim of the delegation was to continue promoting our advocacy program to the new Morrison Government and to acquaint members of the Government with Hinchinbrook’s priorities for diversification and job creation. Across the three day delegation to Parliament House, 15 different meetings were held with federal leaders and representatives from across the political divide.

We also took the opportunity to press the need and obvious benefits for crops such as sugar cane to be seriously considered as a suitable source for renewable energy generation with the office of the Energy Minister, the Honourable Angus Taylor, given the Government’s current attention to energy policy. All parties were interested in what we had to say and indicated that issues raised would be looked at. We are continuing to feed further information to the Ministers as requested.

It was an invaluable opportunity to also meet with the High Commissioner to Singapore Kwok Fook Seng where discussions were focused upon leveraging the Australia Singapore Military Training Initiative for North Queensland agricultural produce production exporting businesses, and aviation attraction.

TYTO Wetlands Wayfinding Signage - The Installation of Wayfinding signage within TYTO Wetlands has been finalised. The new signage provides direction to visitors and indicates the various trails throughout the wetlands. Additional information is available from the signage via Quick Response (QR) codes located on the signs.

Bridges - Works at Ballies Bridge are scheduled to recommence within the next two weeks. The works will include ensuring a side track is constructed to accommodate haulouts and minimise any impacts on local harvesting operations.

Repairs and refurbishments to the Macknade Bridge and Kirks Bridge are also expected to commence in the next two weeks, again efforts are being made to ensure minimal impact of the works on traffic and haulout operations. 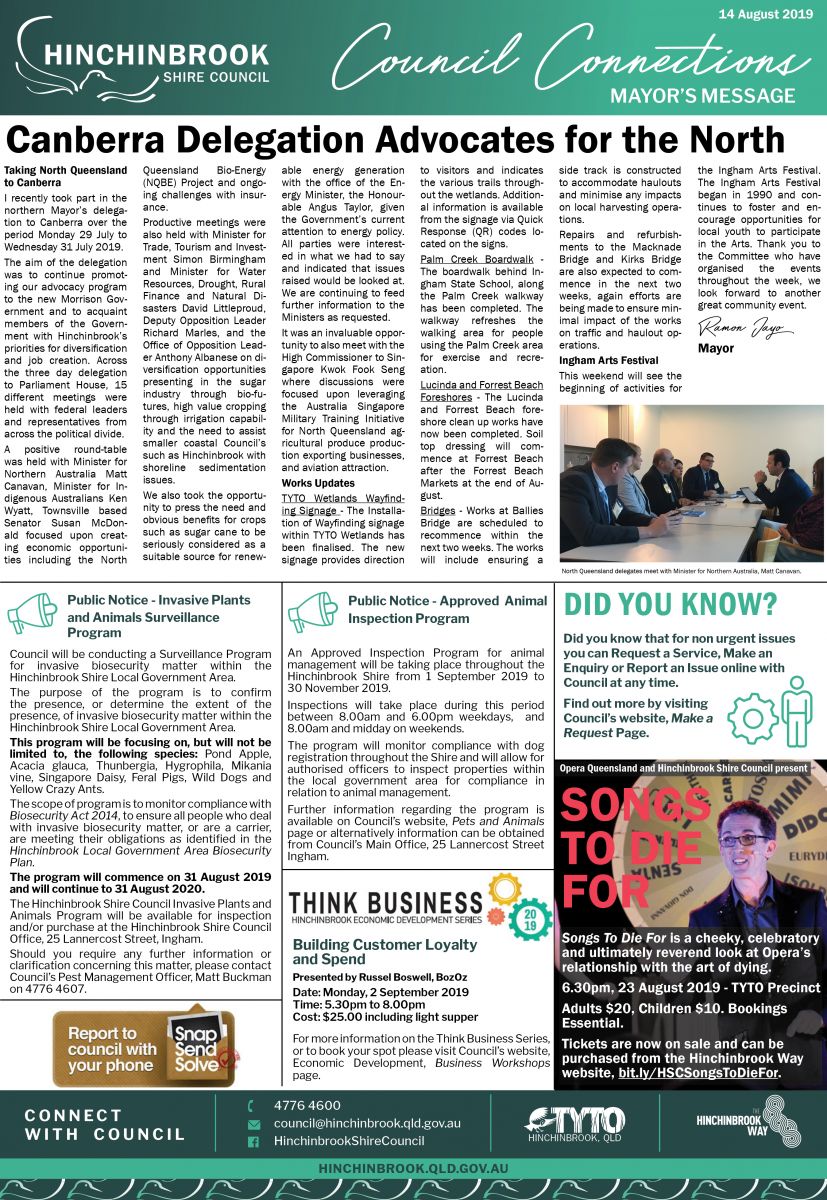 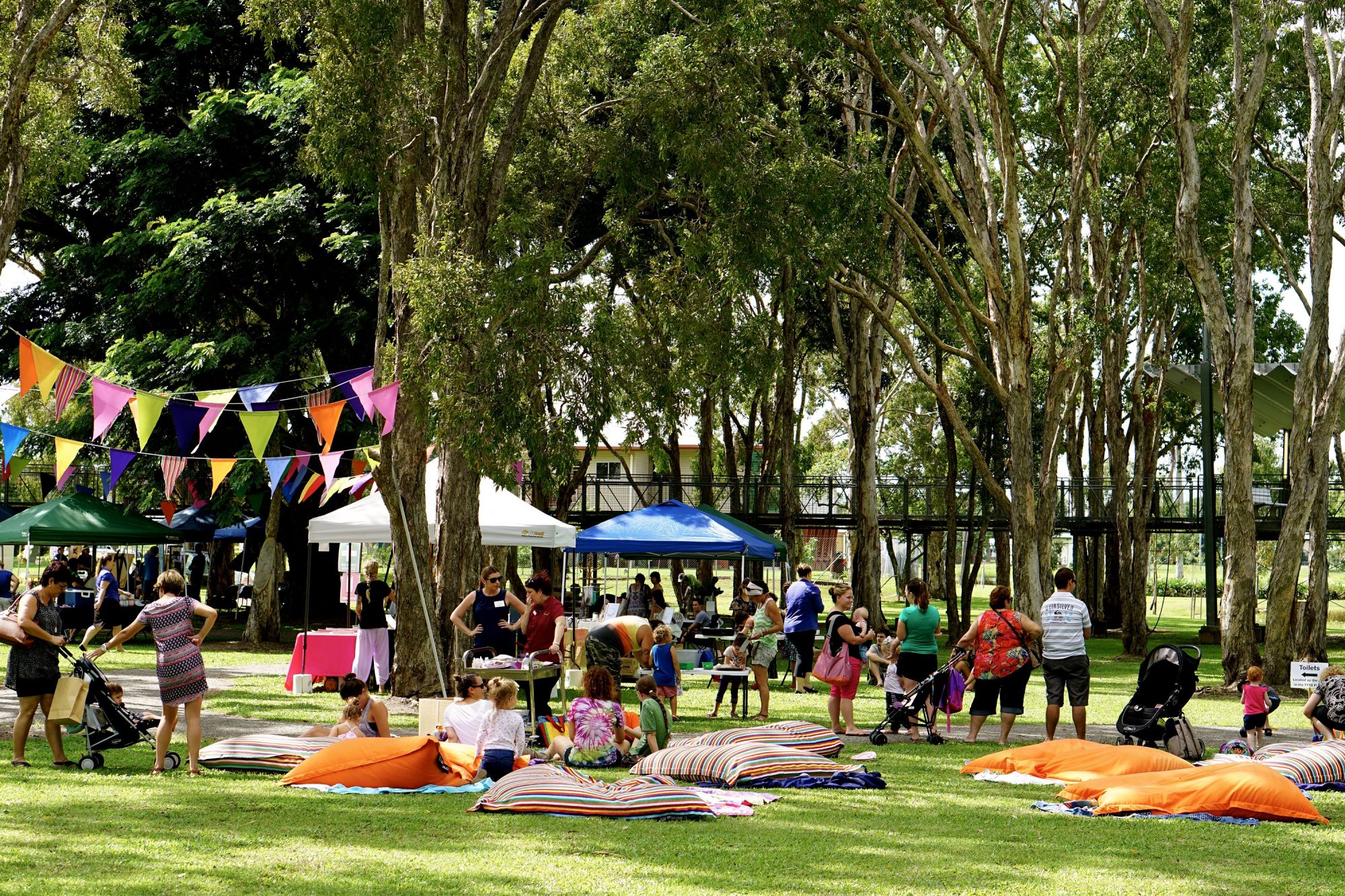