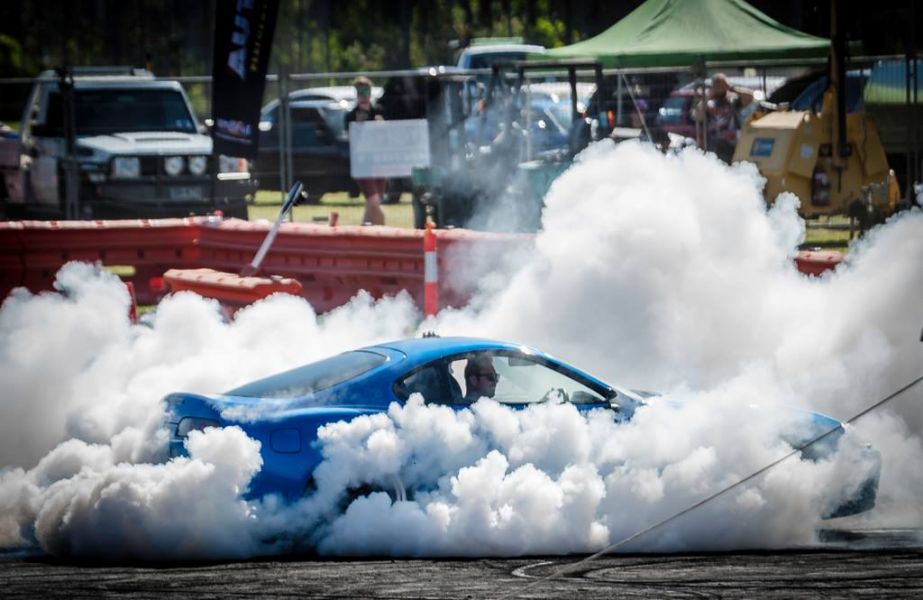 Persistent rain in Hinchinbrook has forced Council to reconsider allowing the burnout competition, as part of the Autofest program, to take place at the Ingham Showgrounds.

Run at the showgrounds in 2018, the burnout competition created significant thick smoke throughout the western and south western localities of Ingham township, resulting in Council revoking approval for a similar competition this year in consideration of the nuisance and potential health effects to residents of the area.

Council, noting the economic significance and stimulus the Autofest brought to the district, determined a compromise by financing the construction of a burnout pad in the industrial precinct of town.  Construction of the pad was intended to occur on land recently committed by Council to a local community organisation, Ingham Motoplex, as part of the overall plans for development of a motor sport complex for the district.  Council considers it more beneficial in the long term to develop a site that minimises impact on the community.

‘Ongoing rain has prevented development of the site from occurring as we had planned.  Unfortunately the rain is out of our control and we have run out of time to deliver on our earlier commitment to build a burnout pad elsewhere’ said Mayor Jayo.

Cr Jayo said ‘Council is acutely aware of the economic stimulus events of this nature bring to the district and events are a very big part of our economic diversification strategy.  Events bring many visitors to the benefit of our businesses and economy and given the tough times presently being experienced, an event of this nature is not something we can dismiss lightly’.

Many locals and businesses have expressed their disappointment against the closure of the showgrounds to burnouts, arguing that the economic needs of the district far outweigh the inconvenience and disturbance that the burnout competition causes on one or two days per year.

An online survey, as well as a door to door survey of affected residents, to garner support for the event occurring this year, was conducted and recently presented to Council.

The online survey recorded overwhelming support, whilst the door to door survey, suggested that in the main residents were prepared to put up with one more year, given the inability to relocate the event due to the inclement weather.

‘Council has considered the survey that was undertaken, but at the end of the day, Council has had regard to the greater community good, and in this instance, we feel that for the district as a whole, the economic stimulus must be achieved’ said Cr Jayo.

‘We apologise and regret any distress or inconvenience that the burnout competition may cause, but we feel that allowing it to proceed for this year, and for this year only, is in the best interests of the district, given the significant economic value and stimulus the event generates for the district’ said Cr Jayo.

This decision has been communicated to Autofest organisers and whilst it is unlikely that the event will proceed at the original July timeslot, consideration will be given to an event later in the year.

Development of the Ingham Motoplex Complex will be ramped up as soon as conditions allow.